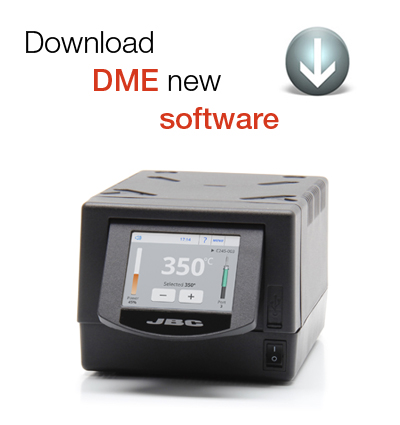 JBC, a leading manufacturer of soldering and rework equipment, has announced the release of the DME software update, which can be freely downloaded from our website.

This update allows you to control up to 5 PSE units on a single DME and set tool and port parameters individually.

The user interface has been redesigned with a more user-friendly menu and along with the existing eight languages we have added two more, Russian and Korean.

The temperature readings of the tip and the screen are more precise as well as being refreshed more quickly.

There are improved Ethernet and USB connections for linking up to the B·Net.