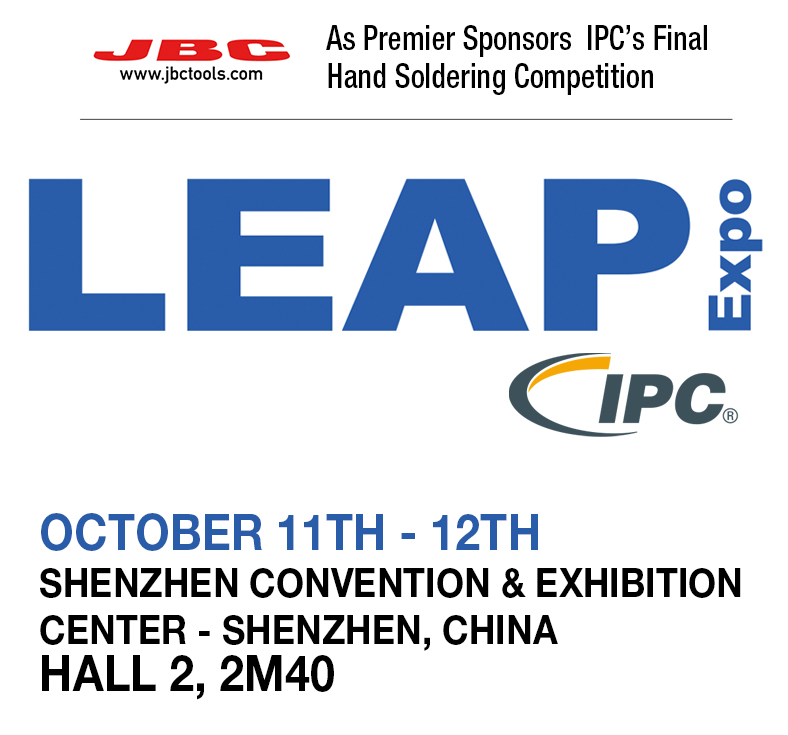 JBC as a Premier Sponsor at IPC’s Final Hand Soldering Competition at LEAP Expo, which will be held at ShenZhen Convention & Exhibition Center, Shenzhen, China, from 11th to 12th of October. This contest will recognize the best skills in hand soldering complex printed board assemblies. Over two days, participants will compete against each other to build a functional electronics assembly within a 45-minute time limit.

JBC awards the winner
The IPC Hand Soldering Competition winner and the two runners-up will be presented with cash prizes for professionals. The winner will win a place in the competition of the best hand soldering technicians from around the world at the IPC World Championship at Productronica Munich, Germany on November 2019. In addition, JBC will award the best-of-the-best with a CD-BQ Compact Soldering Station for General Purposes.